Time for Some Ping Pong Diplomacy

The 2018 Winter Olympics in Pyeongchang, South Korea, may be the thaw in relations between North Korea and South Korea and perhaps even with the United States.

In 1971, an exchange of table tennis (ping-pong) players between the United States and the People’s Republic of China (PRC) marked a thaw in Sino-American relations that paved the way to a visit to Beijing by President Richard Nixon. Editorial Director and Columnist Justin Raimondo’s recent article on Korean Nationalism explores why these games might have a similar effect. Indeed, Olympic inspired negotiations between North and South Korea has already involved diplomatic visits and a combining of their Olympic teams under the Korean Unification Flag.

In spite of recent military and political posturing, the U.S. is sending a diplomatic team to the Pyeongchang Olympics. This could be the best moment to de-escalate and normalize relations between North Korea and South Korea and the United States. To influence this, we want #PeaceNow to be our top hashtag. Show your support for peace and use #PeaceNow for all your social media posts and especially during the Olympic Games from February 9th through the 25th. 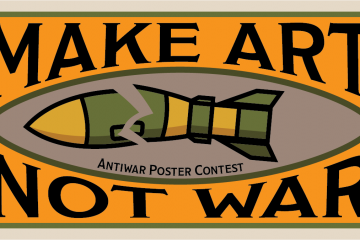